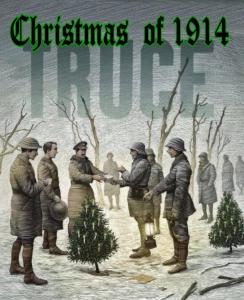 That Boy-Child of Mary (ELW #293, 1, 2, & 4)
We’re going to end our carol stories for the year with perhaps the most beloved and familiar carol. With my mostly-German background, that one feels like part of me, the way some of you Norvegian-types respond to Jeg er sa glad. Among our collection, there’s also Polish (Infant Holy, Infant Lowly), plenty of English, as we’ve heard, including some specifically Wesleyan for the Methodist contingent, Danish (Your Little Ones, Dear Lord are We), French (Angels We Have Heard on High), truly American (Away in a Manger) and truly, actually real American (‘Twas in the Moon of Wintertime). We could go on in claiming our indigenous favorites.

But now we’re going to one that won’t strike probably any of us in that way of matching our own heritage. That Boy-Child of Mary is one of only three we haven’t sung in these midweek services, and that’s probably because it’s not very familiar or intimate or dear to us. So far.

This one comes to us (with a technicality) separate from European heritage. Now, that doesn’t exclude it automatically from being dear. Go Tell it on the Mountain is often a favorite, even though most of us aren’t of African American background. Last week we ended by singing #297, Jesus, What a Wonderful Child, which is getting to be a fun favorite here. And #280 is a Chinese one I really like, but try not to make you sing too much.

That Boy-Child of Mary comes from Malawi, a country in southeastern Africa, surrounded by Mozambique, Zimbabwe, Zambia, and Tanzania, which I’m letting you know just because they’re fun names to say. Similarly, I could tell you it’s not so near to Namibia, Botswana, Swaziland, Cote d’Ivoire, Togo, or farmer Tony in the city of Brazzaville, Congo.

Tom Colvin, who wrote this and also #708 Jesu, Jesu Fill Us with Your Love, was a missionary from Scotland. You can determine for yourself whether that technicality infects its African heritage with more of a global flair. He and his wife lived in Africa for 20 years, mostly in Malawi, and continued to return often in work for the World Council of Churches. His ministry especially focused on community development and refugee resettlement, but he also had a special concern that African Christians be able to use their own musical heritage, so that’s why he used a traditional tune for this carol.

In the words, the focus on giving the name is important for that culture, where a name given to a child expresses hopes or aspirations for what she or he would become. Eight days after a child is born (just like we’ll hear for Jesus in the Bible reading), it’s a big ceremony, with a fancy meal. Family members submit possible names and the father announces them and their meaning. At the end, the name is revealed, and everyone gets to hold the baby. So this is a baby-naming song for Jesus, and our gathering is also a chance to hold him and hope in him. Let’s sing.

Silent Night, Holy Night (ELW #281, German & stanza 1)
Something a little different. This will officially be the 3rd time we’ve done Silent Night during these midweek services. But it is the 1st time that I’ve shown you a video instead of blathering on and…well mostly instead of that.

I’m still going to say a few words after. To start, just a bit of introduction. We’re going to watch a new three minute commercial, which portrays a historical event (or, since they’re Brits in the video, “an historical” event) that actually happened 100 years ago, during the first Christmas during World War I, and it’s an important part of this carol’s history. Listen for Silent Night near the start, both in German and English. You’ll also hear Hymn #774 put to good use.

I’ve said each week that what makes carols and hymns worthwhile is that they become part of our own stories. Well, if this hadn’t happened there’s even a chance we wouldn’t be singing Silent Night. Those German soldiers helped introduce it to English speakers, and also to spread the popularity of Christmas trees. Imagine Christmas without this carol and with no Christmas trees.

Now, I don’t really like that this amazing piece of history is getting used for marketing, for consumerism, for trying to get you to buy stuff. Imagine Christmas without ads and manipulation and commodification.

And, while you’re imagining, imagine Christmas with no war. I know this sounds John Lennon-y, of “Happy Xmas (War is Over)” and all, but that’s actually part of this carol’s history. That truce that had 100,000 enemy soldiers celebrating Christmas together was almost contagious in its spread. And once you’ve played soccer with someone and traded hats and looked at photos of their loved ones and sung Silent Night, you’re less likely to shoot them the next day. It’s called fraternizing, literally meaning “becoming brothers.” So it almost meant the end of that battle, and maybe of war. Instead, commanding officers issued orders to squash it, and quickly, to get the men to be enemies again. The manipulation isn’t just from stores trying to profit, but from whatever it is that drives nations to violence.

And yet, here is this carol, that almost ended war, that brought opponents together, all because of baby Jesus. This is what he does: makes us all sisters and brothers. And sometimes we really get it. Sleep in heavenly peace, indeed! For a sense of it, let’s sing, letting our voices mingle in German and English.